Why is the research important? 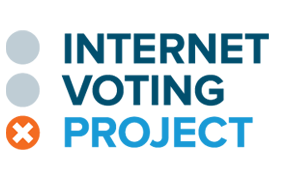 Canadian municipalities are the leading users of Internet voting at the local level. There have been more local binding elections in the provinces of Ontario and Nova Scotia than anywhere else in the world, yet there is little research on the impacts of the Internet on voting and elections here. The option of voting online and other technological aspects of the registration and voting processes are part and parcel of the modernization of elections, a change in service that is perhaps consistent with, or perhaps lagging behind, other e-government service changes (depending on the government).

To learn more about the effects of Internet voting on elections I am carrying out the Internet Voting Project, whose first study looks at the 2014 Ontario municipal elections. This project is made possible by the generous support of the Social Sciences and Humanities Research Council, and in kind contributions from AskingCanadians, MPAC, Environics Analytics, and the Centre for e-Democracy. Forty-eight municipalities across the province are participating in the study, which will involve a series of surveys of election stakeholders such as voters (internet and paper ballot), candidates, and election administrators. By surveying these groups the goal is to develop a fuller sense of how the option of voting online may be changing the nature of elections, if at all.

What I anticipate finding?

The primary reason jurisdictions cite for the adoption of Internet voting is accessibility. I hope to shed light on whether electors perceive that the accessibility of the electoral process has been improved as a consequence of Internet voting and whether this sense is more acute for certain groups of voters. If electors find the voting process to be more accessible, will they then be more likely to vote?

One interesting finding from earlier studies of Canadian cases is that a modest proportion of the electorate, who reports being eligible to vote in past elections but not having done so, is motivated to take part electorally because of online ballots. I hope to assess whether this pattern holds true across many municipalities, whether this effect is heightened in the first election Internet voting is offered, and the demographic profiles of the types of ?non-voters’ who are inclined to participate when internet voting is made available.

In addition, by asking survey questions about the political attitudes and values of voters I also hope to learn about the attitudinal profiles of Internet versus paper ballot voters, if there are major differences, and if so, what these differences might be.

With respect to candidates, I would like to get a better sense of how Internet voting impacts the campaign process. Earlier studies of individual municipalities where Internet voting has been offered in the advance portion of the election show that the option of online voting has made campaigns top heavy given that it improves participation in advance polls. As a result, when canvassing, candidates encounter many more residents who have already cast a ballot, making the initial portion of an election that much more crucial for attracting and winning votes.

Finally for electoral administrators, I hope to discover whether adoption of internet voting technology actually makes the election process more efficient, or might add an additional dimension of work.

Furthermore, when it comes to deployment of Internet voting models cost is an important factor. Some jurisdictions cite increases in cost whereas others claim substantial savings. It will be interesting to learn what the general trend is among Ontario municipalities, whether certain models of adoption lend themselves better to a trimmer election budget, or perhaps even a reduction in expenditures; and which approaches might increase costs and why.

While there are many more questions the research plans to shed light on, these are a few items from each stakeholder group. My hope is that this study will be the beginning of continued research regarding the modernization of elections and its impacts on the operation of elections, their quality and character, political behaviour and attitudes, campaigns, and the quality of electoral democracy.